Probably none of us will ever hear Cilea’s Adriana Lecouvreur referred to as one of the world’s greatest operas. It’s as frilly and artificial as can be, and its strengths lie in a handful of beautiful melodies that come and go throughout the opera, and two dramatically inclined leading ladies, a soprano and a big mezzo (à la Amneris and Azucena), both of whom are in love with the same man, a Count, a dashing tenor with plenty of squillo. As melodrama it is brilliant – Adriana, an actress with the Comédie francaise, can be rightly called a drama queen, and her confrontation with the fierce and jealous Princesse de Bouillon in Act 2 is one of opera’s great catfights – up there with Gioconda and Laura, or earlier, in a more demure genre, as Maria Stuarda and Elizabeth I. Later, there is a dramatic denunciation of the Princess by Adriana, and a glorious 15 minute death scene (it’s the scent of poisoned violets that does her in), with tenor, to end the opera. It isn’t bel canto; it’s verismo with flounces and ruffles.

What has kept Adriana alive is sopranos. The tessitura is not high – it goes above an A natural only twice – and it is therefore a great vehicle for sopranos who are entering the autumn of their careers – Rosa Ponselle desperately wanted to sing it at the Met, and when refused, she retired. Renata Tebaldi threatened to quit and Rudolf Bing capitulated. More recently, sopranos in their prime have become interested, with Angela Gheorghiu and Anna Netrebko taking on the title part. It is most certainly for Netrebko that the Met has revived the opera, in a well-traveled production by Sir David McVicar, which is new to the Met. The backstage vs stage conceit is well served by a set that moves to allow us to see more than one aspect of the plot at a time. Details and costumes and wigs are all correct to the flouncy (there’s that word again) 18th century that houses the opera, and there’s nothing to jar the audience from the lustily enjoyable artifice.

The plot invites a certain hand-to-heart, hand-to-forehead approach to acting – in Adriana’s opening aria, she describes herself as a humble handmaiden to the genius of art – and, of course, does this in a near faint. Other emotions in the opera are deeply felt love, equally deeply felt jealousy and rage, and really deeply felt revenge. 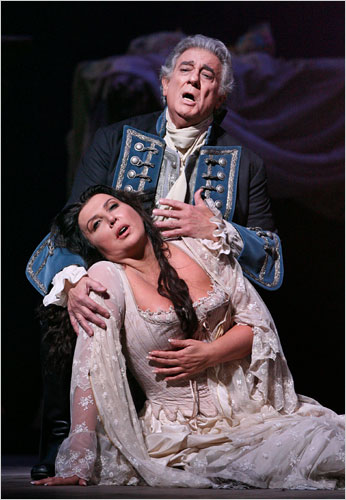 Netrebko did not disappoint her fans. She looked ravishing in gown after gown, carrying herself like the diva she is, running, halting, almost expiring. Her voice is now like a ripe pomegranate – juicy, brilliantly colored and just plain good for you. Metaphors aside, the tone is gorgeous, her ability to float a pianissimo is almost in the Caballé class, and her phrasing and sense of the musical line always at the service of the composer. One might complain about the almost entire lack of consonants, wobbly pitch in mid-voice, and the fact that, in general, the role lies a bit low for her, not to mention that recitation – spoken exclamation – is not her strong suit. But she is the real thing – a true diva who always delivers.

But it was mezzo Anita Rachvelishvili who almost walked away with the show. When the second act curtain rose to her 'Acerba volutta,' with its range of middle C to the A above the staff, all fortissimo, a volcanic eruption of lush sound, coupled with impeccable diction and a wild temperament seemed to be unleashed on the hall. And Ms Rachvelishvili never let up, singing gloriously, whether in potent chest voice or delicate piani all evening. Maurizio, the object of two women's desire was tenor Piotr Beczała, now in his thirteenth year at the Met. Always a fine lyric tenor, the voice has grown – it is now a grand instrument from bottom to top, with plenty of ping and of good enough size to carry over the orchestra. The very picture of an ardent lover, Beczała sang Maurizio's beautiful melodies luxuriously. The fourth major soloist in the opera is Michonnet, the stage director who loves Adriana in a passionless but all-involving manner; if anyone can present and sing the role better than Ambrogio Maestri, I would be surprised.

The remainder of the cast, well-rehearsed and clearly enthused to be part of such a rock-star show, shone as an ensemble with particular praise going to Carlo Bosi's Abbé and Maurizio Muraro's Prince. The witty, somewhat camp ballet, starred a virtuosic Kfir Danieli.

Gianandrea Noseda, in the pit, seemed thrilled by both opera and cast and gave it the attention of a masterpiece, with leeway for the soloists to exploit high notes but with an ear towards the ensembles an backstage chatter as well. The Met Orchestra played without fail.

Only a curmudgeon can truly dislike such an unabashed display of vocal and emotional outpouring. There were no curmudgeons in the audience. 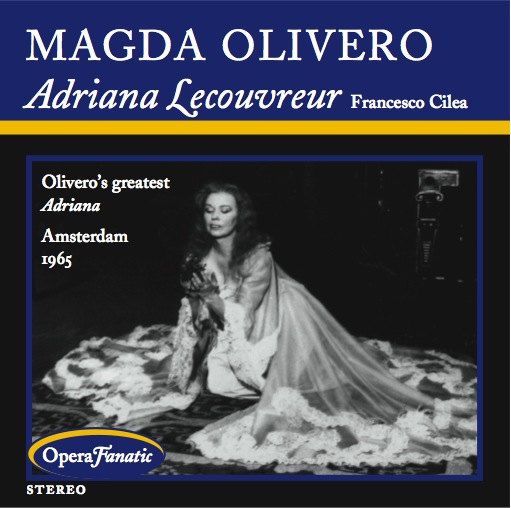 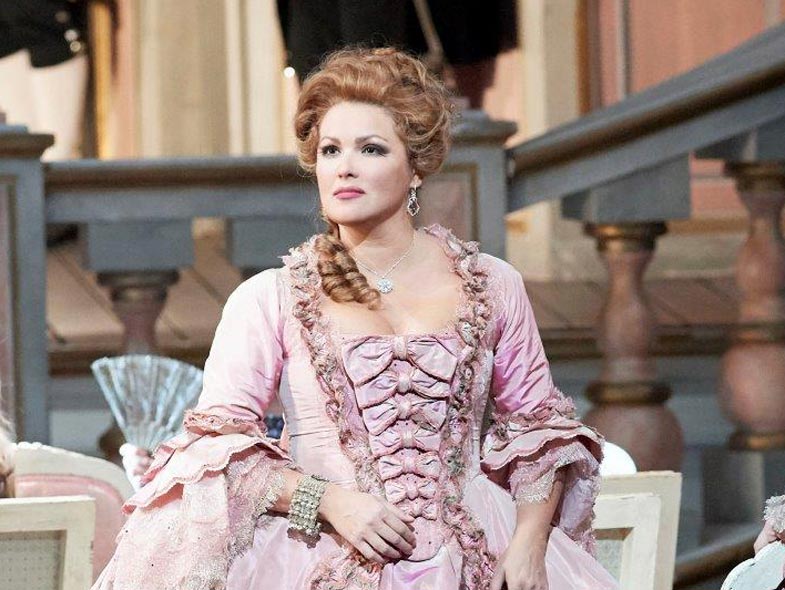 Garanča glows in The Met's Damnation de Faust
Edward Gardner's conducting brings out the nuances of Berlioz's complex score, but The Met's concert staging lacks theatrical thrust.
***11
Aleksandra Kurzak impresses as the Met’s new Violetta
Michael Mayer’s colorful and busy production of La traviata returned to the Met with a triumphant performance of the title role by soprano Aleksandra Kurzak.

****1
Bleak and hopeless: William Kentridge's Wozzeck at the Met
Despite theatrical drawbacks, this Wozzeck is heartily recommend due to Yannick Nézet-Séguin's staggering understanding of all facets of Berg's score. 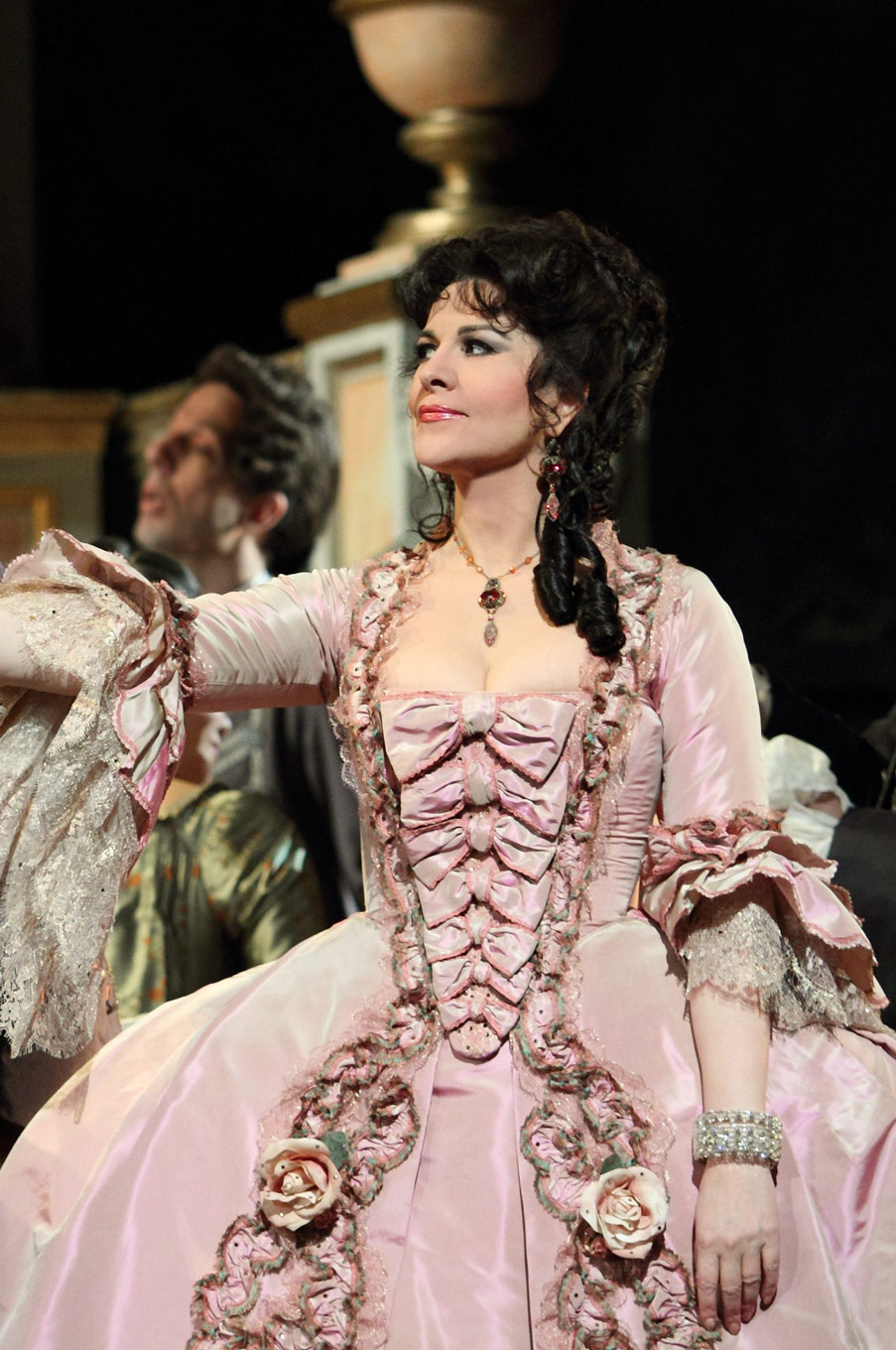 *****
More reviews...
Related articles
Robert T. Levine is a New York born-and-bred music writer with a particular interest in music for the voice. His work has appeared in many periodicals and newspapers. He is the author of many books, including The Story of the Orchestra, four volumes in the Black Dog & Leventhal Opera Library, and, most recently, Maria Callas: A Musical Biography.