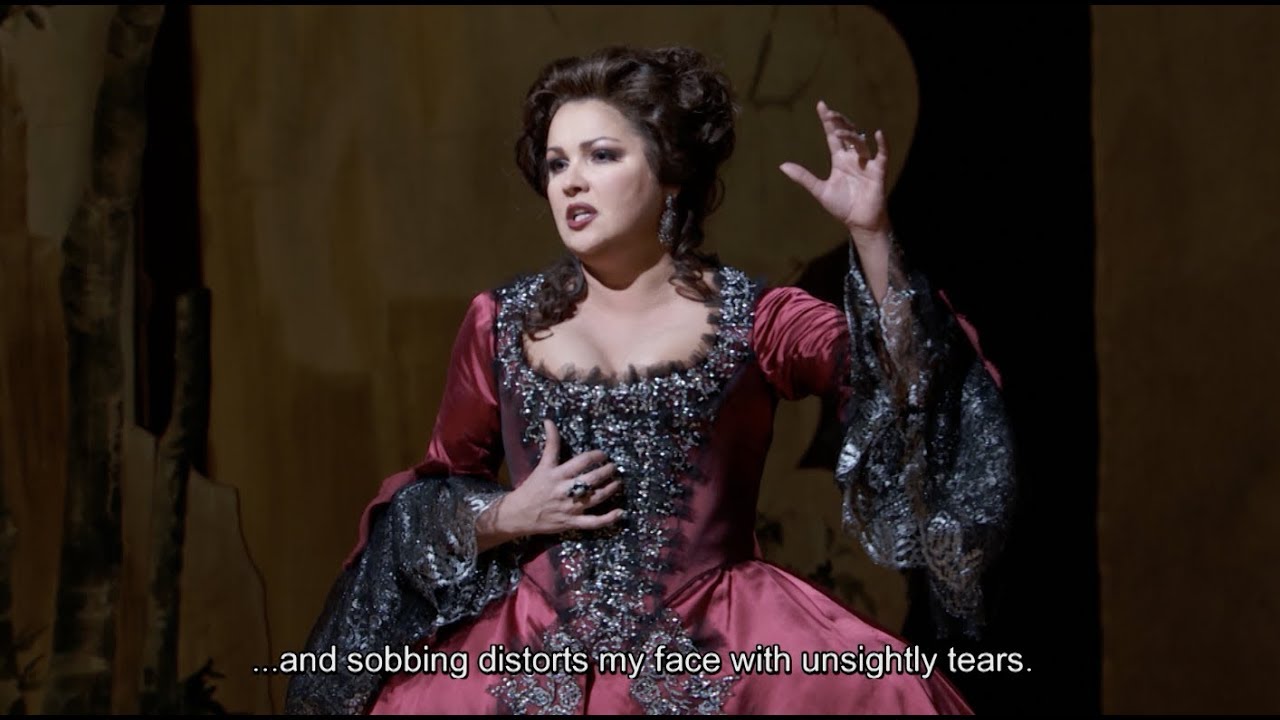 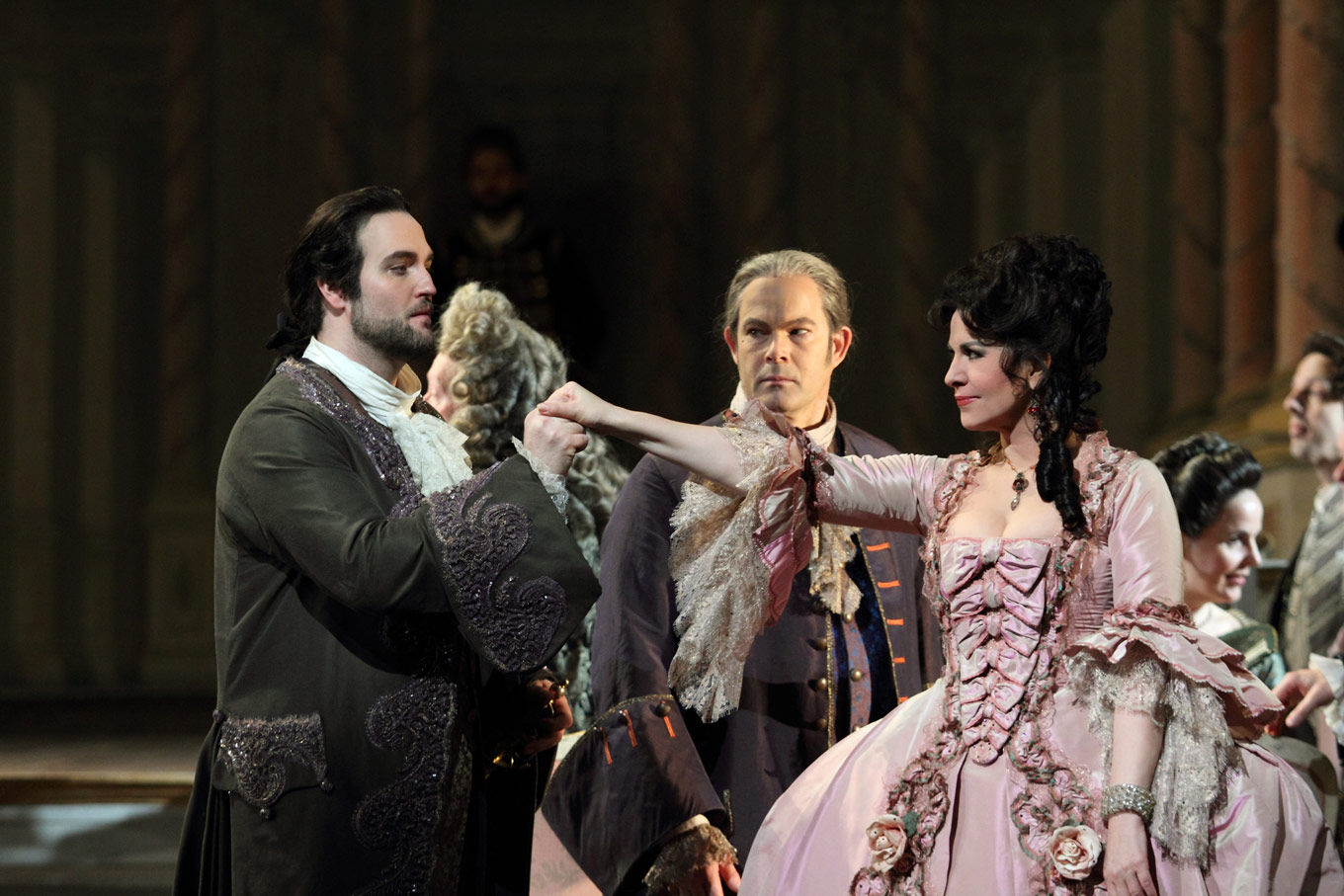 Review: Adriana Lecouvreur - Westwood-Century City, CA - The Metropolitan's production of 'Adriana Lecouvreur,' is C'est magnifique! Based on the play by Eugene Scribe and Ernest Legouve. Adriana Lecouvreur, one of her finest roles, can be heard from various venues. That from Amsterdam in 1965 with Ferrando Ferrari as Maurizio appears in good sound on Opera Fanatic. Listen to Olivero’s artistry.

A WORD BY THE DIRECTOR 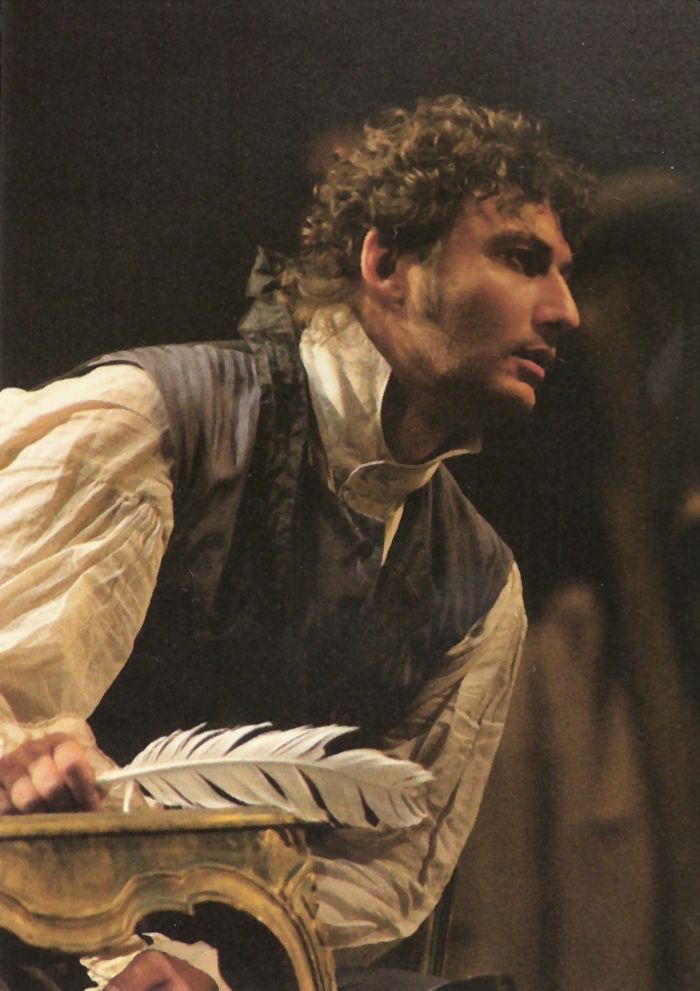 I belong to a group of directors who take a lot of caution (and hardly ever so) when deciding to produce an opera or a musical. When I decided to stage Dusk by Stevan Hristić, in Novi Sad Opera, it was because libretto was the splendid play of the same title, written by Ivo Vojnović (season 1993/1994). Now, when Adriana Lecouvreur by Francesco Cilea is concerned, I again have a libretto based on a superb play by Eugene Scribe. I think this gives me security to feel good about my work, just like “at home”. This time, I had another great and true motive that I would like to emphasize with pride – the big jubilee of Radmila Bakočević. When I saw the chance to contribute to the occasion, I happily and enthusiastically accepted the opportunity. And yet, why is there so few drama directors working in the Opera? I think there is no real reason. I also believe that it is up to Opera to invite, interest and engage. In my opinion, the experience brings a lot of true excitement to opera production and to singers and the director; unexpected solutions and ideas happen when different methods and energies meet during the production. Now, immediately before the premiere of Adriana Lecouvreur, we find ourselves in such a state of excitement that only the world of opera can recognize: UNIQUE, STEAMING, EXCITING. WE WISH ALL THE BEST TO EVERYONE, WITHOUT EXCEPTION… and yet, ESPECIALLY to RADMILA BAKOČEVIĆ.

FRANCESCO CILEA
Born in Palmi near Reggio Calabria, Cilea gave early indication of an aptitude for music. He was sent to study music at the Conservatorio San Pietro a Maiella in Naples, where he quickly demonstrated his diligence and precocious talent, earning a gold medal from the Ministero della Pubblica Istruzione (Department of Education). In 1889, for his final examination at the end of his course of study, he submitted his opera Gina. This melodramma idilico was performed in the college theatre, and it attracted the attention of the publishers Sonzogno, who arranged for a second production, in Florence, in 1892. In 1897, the Teatro Lirico in Milan saw the première of Cilea’s third opera L’Arlesiana, based on the play by Alphonse Daudet, with a libretto by Leopoldo Marenco. Among the cast was the young Enrico Caruso. Again at the Teatro Lirico in Milan, in 1902 the composer won an enthusiastic reception for Adriana Lecouvreur, a 4-act opera with a libretto by Arturo Colautti, set in 18th century Paris and based upon a play by Eugène Scribe. These two Cilea’s operas are still benig performed in the opera houses, but Adriana Lecouvreur is his opera best known to international audiences today, and it reveals the spontaneity of a melodic style drawn from the Neapolitan school combined with harmonic and tonal shading influenced by French composers such as Massenet. He allso composed chamber music, some orchestral music, a symphonic poem in honour of Giuseppe Verdi with verses by Sem Benelli. After this he devoted himself principally to education and became director of the Conservatorio Vincenzo Bellini in Palermo, and then at his alma mater, the Conservatorio San Pietro a Maiella in Naples, where he ended his teaching career in 1936. He died on 20 November 1950 in Varazze, a town near Savona in Liguria where he spent the last years of his life. The Conservatorio di Musica and the Teatro Communale of Reggio Calabria were renamed in his memory, and his native town of Palmi built a mausoleum in his memory. 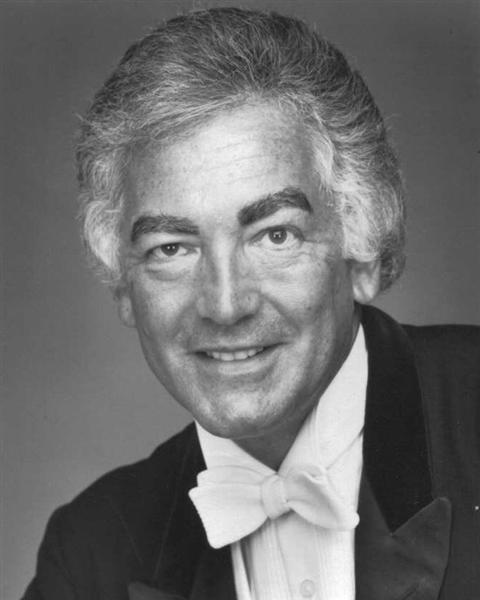 RADOSLAV ZLATAN DORIĆ
He was born on 29th February 1940 in Bačko Gradište, Vojvodina. He graduated from Grammar School in Bečej and subsequently, in 1964, from Belgrade Academy of Theatre, Film, Radio and Television – from the Department of Directing, in the class of Professor Hugo Klajn. As a theatre director, he lived and worked in Niš, Mostar, Sarajevo, Belgrade, Novi Sad, etc. He spent substantial time in the National Theatre of Sombor and Ujvideki szinhaz. For a full decade, he was a director in the Drama Company of the National Theatre in Belgrade. In Opera, Radoslav directed Adriana Lecouvreur (1995), Anne Boleyn (1997), Eugene Onegin (1999). For several years, he led the Opera Studio of the National Theatre and produced Gianni Schicchi, Sister Angelica (parts of operas) and Pokondirena tikva. According to some theatre sources, Dorić is a Serbian director who directed the most impressive number of plays. He wrote many plays as well, and received numerous awards. Many of his plays were published and performed by theatres in Novi Sad, Belgrade, Niš, Sombor, Zaječar, Kikinda, Budapest, Nova Gorica... He dedicated his last years to students of the Faculty of Music in Belgrade. He died in 2010.

DJORDJE PAVLOVIĆ
He was born in 1965 in Loznica. He obtained his BA and MA degrees in conducting at the Faculty of Music Art in Belgrade in the class of Professor Jovan Šajnović. He has been working in the National Theatre Opera since 1992, where he conducted in operas The Bat, The Barber of Seville, The Troubadour, Traviata, Rigoletto, Attila, Nabucco, Don Carlos, La Boheme, Eugene Onegin and ballets The Sleeping Beauty and The Taming of the Shrew. Between 2000 and 2006, Pavlović staged first productions of three comprehensive pieces, Heavenly Liturgy, Liturgy of St. John Chrysostom, and Holiday Evening Service by Svetislav Božić, with the Choir of the Opera. Besides his work on operatic repertoire, he has been very active in concerts in our country and abroad, where he was noted for promotion of Serbian music. Some of his performances outside the country were with the Ukrainian Radio Orchestra at Kiev Music Fest, as well as with Oxfordphilomusica Orchestra at the concert in Regent Hall in London. He has been a permanent guest conductor of State Symphony Orchestra from Zaporozje; besides giving numerous concerts with the Orchestra, he also produced a CD with them. Since May 2006, he has been working as a head conductor in Borislav Pašćan Youth Philharmonic. He gave numerous concerts with the Youth Philharmonic and won the Gold Plaque of Kolarac’s Legacy Award, at the celebration of 130th Anniversary of the cultural institution (in 2008), and Golden Ring of the Cultural and Educational Community of Serbia for his permanent contribution to culture (in 2009). He belongs to a generation of Serbian conductors who focus their spiritual and artistic growth on incessant source of national music by enriching their repertoire with pieces of spiritually similar music cultures. 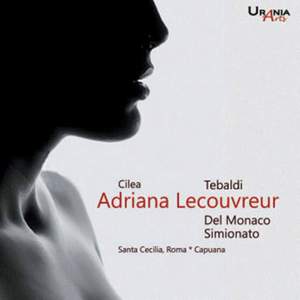