Oct 5, 2019 - Explore Michael Kreindler's board 'Kristine Opolais' on Pinterest. See more ideas about opera singers, opera, singer. Kristine Opolais is known for notable collaborations with the Metropolitan Opera, her performances frequently broadcast in HD worldwide. In Autumn 2018 Opolais returns to the Met to sing “Suor Angelica”, a role she has recorded for label ‘Orfeo’ but until this point she has not sung on stage. Kristine Opolais. 177,075 likes 1,601 talking about this. Kristine Opolais is one of the most sought after sopranos on the international scene today.

(Redirected from Kristīne Opolais)
Opolais in 2009

Opolais was born in Rēzekne, Latvia, and studied at the Latvian Academy of Music.[2]

Opolais started her career as a member of the chorus with Latvian National Opera in 2001, and in 2003 became a soloist. It was there that she met her future husband, the conductor Andris Nelsons.[2]

She first achieved wider recognition in 2006, when she made her debut at the Staatsoper Unter den Linden in Berlin, followed by debuts at 2008 at La Scala in Milan and the Vienna State Opera in 2008, and in October 2010 the Bavarian State Opera in the title role of Dvořák’s Rusalka in a new production directed by Martin Kušej.[2]

On 5 April 2014, with just five and a half hours' notice, Opolais substituted as Mimì in Puccini's La bohème in the Metropolitan Opera's matinee performance.[4] The substitution was necessitated by the scheduled Anita Hartig being too ill to perform. Although Opolais had performed the role several times in the past, including at the Vienna State Opera, she was currently in the title role of another opera, Puccini's Madama Butterfly, and had sung it there for the first time the previous evening. She had not fallen asleep until about 5am, but was woken by a 7:30am phone call asking her to sing again at the 1pm matinee, which was being broadcast around the world as part of the Met's Live in HD series. Opolais performed the part again at the Metropolitan Opera's 2014/15 season production.[4]

Opolais' singing in Madama Butterfly at the Met has received positive reviews. The New York Observer noted her 'soaring voice and penetrating theatrical presence', and that 'she is the most compelling Met Cio-Cio-San since Diana Soviero last sang the role here nearly 20 years ago.'[5]

Opolais performed the title role in Puccini's Manon Lescaut at Covent Garden in the 2013/14 season[6] and also at the New York Met in February and March 2016.[7][8]

In February and March 2017, she appeared as Rusalka in the Metropolitan Opera's new production of Dvořák's opera.[9]

The late film director Anthony Minghella’s production of Madama Butterfly was a stunning application of his cinematic skills. The opera begins in complete darkness and silence, and as the black screen in front is lifted, a dancer clad in white kimono appeared from the backstage, now lit in red. The music finally begins as she dances with a fan. She quickly exits as Pinkerton and Sharpless enter from the back to begin their dialogue. Action moves swiftly with movable shoji screens on black stage; other props are brought in and out by black-clad and masked figures as they are called kuroko in traditional Japanese theater, invisible stage helpers. Colorful kimonos of the chorus women as they enter with Butterfly in Act I and bold lighting enhance the cinematic and exotic quality of the production.

Lovingly directed and choreographed by Mr Minghella’s widow Carolyn Choa, the production that opened the Met season in 2006 is still breathtakingly beautiful in its simplicity and boldness. After the wedding ceremony of Cio-Cio-San and Pinkerton and its disruption by her uncle, The Bonze, their love duet is performed on dark stage lit by Japanese paper lanterns carried by kuroko in a romantic setting that reveals no hint of the coming tragedy. The second intermission is inserted at the night vigil with the quiet Humming Chorus. The last scene opens with the Butterfly’s plight enacted by a male dancer and a puppet. The stage returns to its bare black for the Butterfly’s suicide, as two rivers of red sash for blood stream from her body. As the black screen falls, the Japanese characters “Madama Butterfly” slowly appears in white as an end roll.

The production is a great showcase vehicle for Puccini’s complex and sophisticated music as well as for the singer in the title role. Kristine Opolais completely inhabited the character and, despite some vocal shortcomings, scored a success in her heartbreaking portrayal of a geisha falling for an American sailor who returns with an American wife to claim their child.

Ms Opolais has an expressive voice that she employs skillfully to achieve great effect. Butterfly’s entrance aria showed her in good voice, and she capped it with an extended high note. Her singing was at its best when she sang softly, at the beginning of her love duet with Pinkerton in Act I, and at the end of the magical Flower Duet with her maid, Suzuki, in Act II. While one may wish for a singer with warmer and richer voice, especially in higher range, Ms Opolais excelled with her keen sense of drama and deep connection to music. Her voice sometimes followed the contours of melodies as played by a single instrument with astounding mastery; it was as if her voice became part of the orchestra.

The soprano’s showcase aria “Un bel dì” in this production takes place rather unexpectedly and innocuously as the Butterfly discusses her situation with Suzuki. Ms Opolais sang the aria quietly, and even as the Butterfly reiterated her conviction of Pinkerton’s return, her voice never rose in excessive volume. It was an effective way to convey her belief. Her real tour de force was Butterfly’s extended last scene. As she bid farewell to her child (a puppet skillfully handled by three kuroko), praising him as a gift from heaven who would cross the ocean to a new life, there was not a dry eye in the theater. It was clear from Ms Opolais’s final gesture as she stabbed herself, with Pinkerton’s voice calling to her, that it was her child that was her last thought, as Ms Opolais extended her arm towards the son, and not to the approaching Pinkerton.

Roberto Alagna played Pinkerton as a straightforward and cheerful sailor seeking temporary romance, only to regret his actions deeply. He looked youthful and sang well, his high notes ringing clearly and thrillingly. He was dramatically involved and the love duet in Act I, with the two singers capping the final high notes clearly, was unusually poignant as Mr Alagna’s Pinkerton seemed genuinely in love with Butterfly. It made his subsequent betrayal all the more painful. Most of Mr Alagna’s singing was in forte, and he ended his brief aria “Addio fiorito asil” with a long sustained note to full effect.

Two veterans of this production, Dwayne Croft as Sharpless and Maria Zifchak as Suzuki, both contributed to the success of the evening. The Met Orchestra led by Karel Mark Chichon, except for occasional mishaps, brought out hidden gems in the score, especially in the strings and the harp. It was an evening of a happy marriage of theater and music. 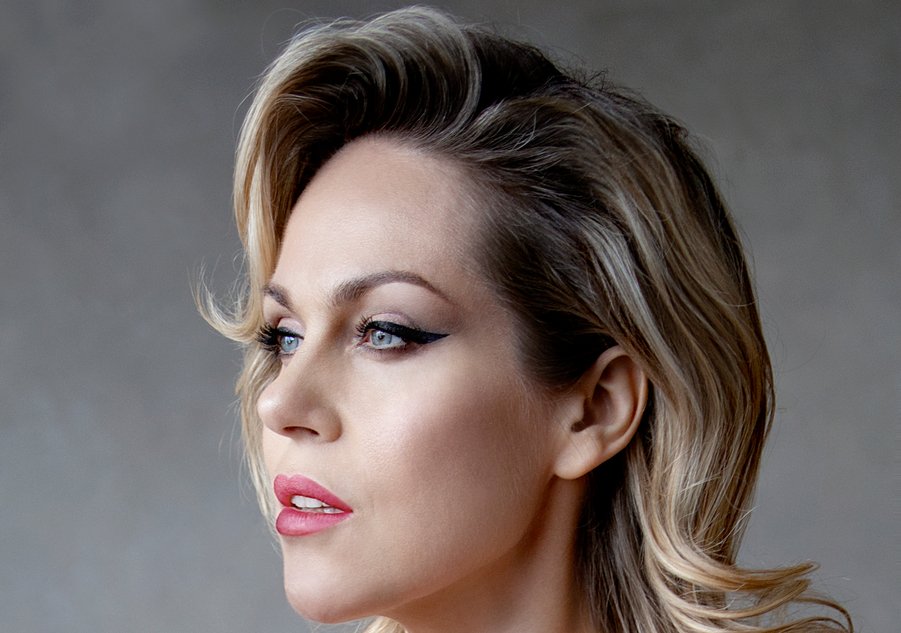 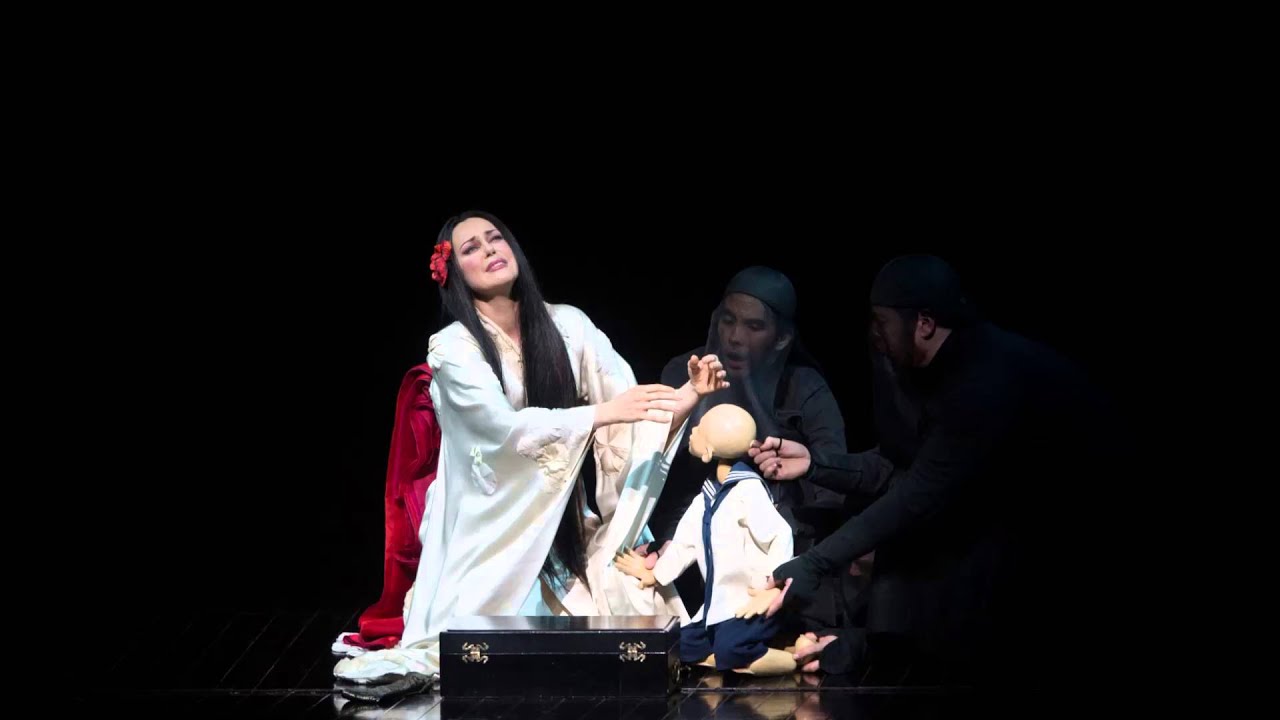 Edward Gardner's conducting brings out the nuances of Berlioz's complex score, but The Met's concert staging lacks theatrical thrust.
***11
Aleksandra Kurzak impresses as the Met’s new Violetta
Michael Mayer’s colorful and busy production of La traviata returned to the Met with a triumphant performance of the title role by soprano Aleksandra Kurzak.
****1
Bleak and hopeless: William Kentridge's Wozzeck at the Met

Atsuko (Ako) Imamura is a retired investment banker in New York City. Born in Japan, she trained as cultural anthropologist in the US before turning to ﬁnance. She now spends her time attending opera and classical music concerts in New York and in Europe. Wagner is her favorite opera composer.
To add a comment, please sign in or register
Another enlightening review from Ms. Imamura. Although I have seen this production many times, she makes me want to rush off and see it again...and I will.
C-Boston