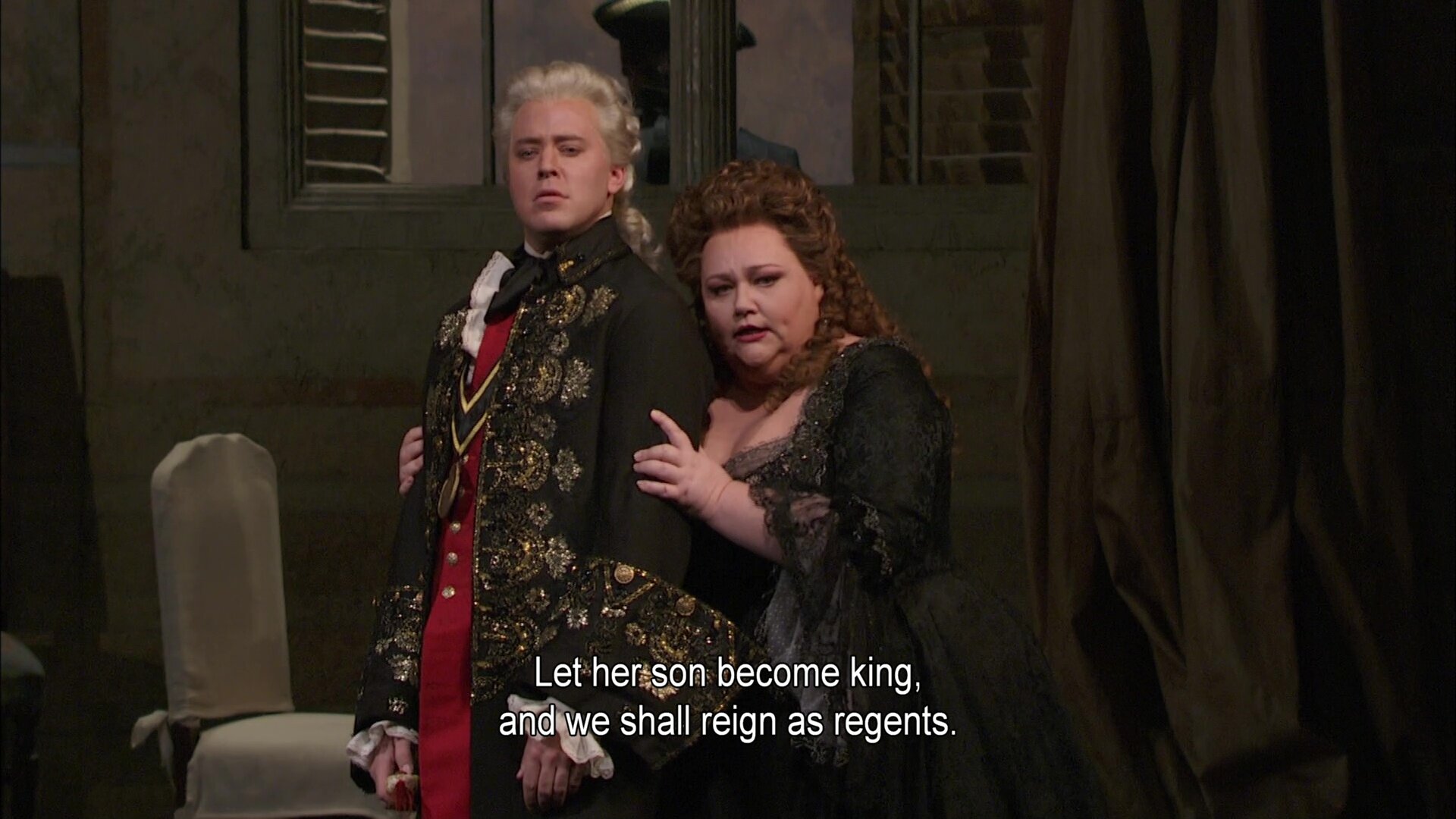 Patrons, 2020–21 Subscribers, Members ($150 Supporting level and above), and audience members with money on account or who donated their canceled performance tickets are eligible to purchase single tickets now. Please login to continue.

Ticket on-sale date for general public will be announced in summer 2021.

Patrons, 2020–21 Subscribers, Members ($150 Supporting level and above), and audience members with money on account or who donated their canceled performance tickets are eligible to purchase single tickets now. Please login to continue.

Ticket on-sale date for general public will be announced in summer 2021. 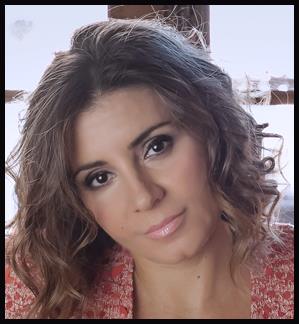 Rodelinda mourns the supposed death of Bertarido. Grimoaldo offers her marriage. She rejects his proposal and rounds on him instead. His ally Garibaldo points out to him that matters will be helped if he breaks off his engagement to Eduige. This Grimoaldo immediately does. Alone, Garibaldo shamelessly reveals that he will pretend to love Eduige and use her as a pawn in his own bid for power, on which she has a claim. 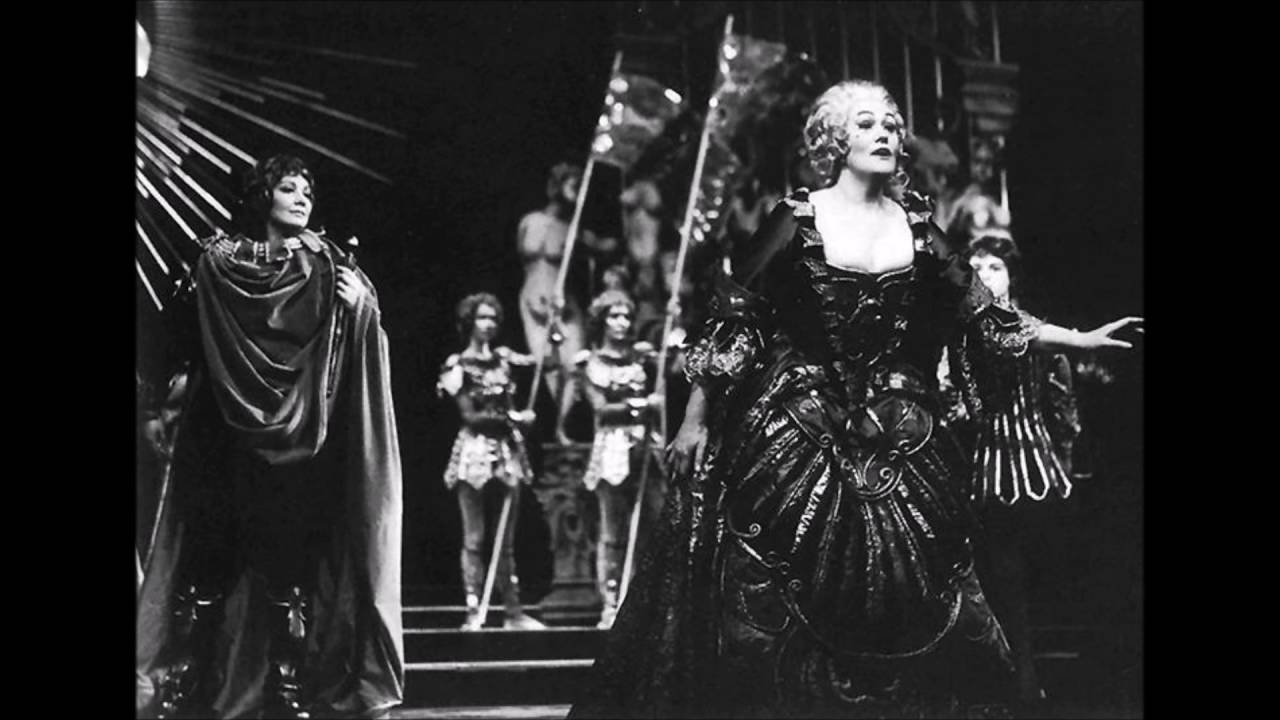 Bertarido enters, in disguise. He contemplates the monument which has been erected to his memory, and wonders what has happened to Rodelinda. Unulfo joins him, but both men are forced to hide when Rodelinda and Flavio enter to visit the memorial to Bertarido. When he sees Rodelinda, Bertarido wants to end his wife’s grief by making himself known to her, but Unulfo restrains him. Garibaldo threatens to kill Flavio unless Rodelinda consents to marry Grimoaldo. Rodelinda agrees to accept Grimoaldo. However, she warns Garibaldo that once she is again queen he will be executed.

Grimoaldo enters. He is delighted that Rodelinda will marry him and reassures Garibaldo that he has his protection. Bertarido believes Rodelinda is unfaithful. He refuses to allow Unulfo to tell Rodelinda that he is alive and decides instead to wait until she has pledged herself to Grimoaldo. 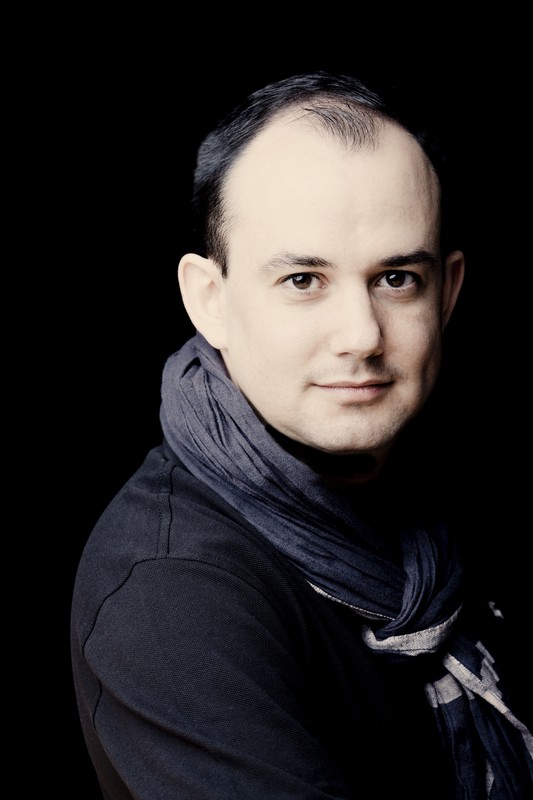 Garibaldo tells Eduige she has lost Grimoaldo to Rodelinda and should marry him instead. She still loves Grimoaldo. Eduige is horrified by Rodelinda’s consent to marry Grimoaldo. Her love for Grimoaldo, whom she helped to gain the throne, now switches to hate and she plans to take her revenge. Rodelinda confirms to Grimoaldo that she will marry him, but one condition must be met: that he kill Flavio before her eyes. She cannot be a usurper’s wife and the mother of the lawful king at the same time. Rebuked by Unulfo for encouraging Grimoaldo to kill Flavio, Garibaldo rejects the idea of pity arguing that only through bloodshed can a usurper successfully rule. Unulfo realizes that Garibaldo will betray Grimoaldo as readily as he did Bertarido, and that Rodelinda is, in fact, true to her husband.

Bertarido laments the position in which he now finds himself. Eduige enters and recognizes him. She is pleased to learn that he only wants to rescue his wife and son, not regain his throne (to which she still aspires). Unulfo assures Bertarido that Rodelinda remains faithful to him and that the time has come for him to reveal his identity.

Rodelinda is told by Unulfo that Bertarido is alive. Husband and wife are reunited and he begs her forgiveness for ever doubting her constancy. When Grimoaldo discovers them together, he fails to recognize Bertarido and is appalled to find Rodelinda in the arms of a stranger. Bertarido declares his identity but Rodelinda, afraid for her husband’s safety, claims he is lying. Grimoaldo, uncertain whether the man is her lover or her husband, decides that he will die anyway and leaves the couple to a final parting.

Eduige gives Unulfo a key to the prison cell in which Bertarido is held. Meanwhile, Garibaldo urges Grimoaldo to execute the prisoner without delay whether or not he is Bertarido. Grimoaldo is unable to act.

Bertarido is bemoaning his fate when his thoughts are interrupted by the sound of a sword dropped into his cell. Hearing someone approaching the cell door, Bertarido assumes it to be his executioner, lashes out and wounds the intruder – who turns out to be Unulfo come to rescue him. Bertarido changes his clothes to disguise himself and he and Unulfo escape via a secret passage.

Eduige, Rodelinda and Flavio arrive to rescue Bertarido. When they discover only his old clothes and fresh blood they assume he has been killed. Rodelinda wishes that someone would kill her and end her sufferings.

While Unulfo goes off to fetch Rodelinda, Bertarido determines to be avenged on Grimoaldo. The usurper enters, tormented by his crimes and longing for a simpler life. He falls asleep. Garibaldo appears and, seizing his chance, attempts to kill Grimoaldo; but Bertarido steps forward from his hiding place and kills Garibaldo. Rodelinda enters and is astonished to find Bertarido alive. Unulfo and Eduige explain the rescue. In gratitude for saving his life, Grimoaldo restores the throne, Rodelinda and their son to Bertarido, and takes Eduige as his wife.