Streaming has now become an integral part of today’s world especially for Pro players and their diehard fan following. Jumping into Counter Strike: Global Offensive, we see there are just so many players that stream day and night in hopes of giving the viewers what they are looking for. For many, it is just for fun but for many it is their job; which they take very seriously. For viewers who are willing to learn a thing or two from such streamers it is important to know who to watch to learn the most from.
So today, we are bringing you the list of Top 10 CS: GO Streamers that are the most fun, educational, addictive to watch. Be sure to check them all out as you never know who might be your next favorite streamer.

Starting off the list is none other than Braxton “swag” Pierce. Swag has been a fan favorite of many viewers who are new to the scene. This is also because how early Swag has been able to make a mark in professional esports considering his age. Ignoring the controversy that Swag was recently involved in, he is still better than many others in competitive CS and is really good in person as well. New CS:GO players will be able to learn a lot from the young Pro and as of the recent ban, he will be streaming a lot in upcoming times.
Total Views: 935,686
Followers: 73,970
Swag’s Stream

Many have started calling AdreN ‘the teacher’ already. Eric “adreN” Hoag has loads and loads of information that he is willing to give to his followers. Seriously, his youtube channel is filled with tips and tricks for CS:GO but this guy still doesn’t stop. Adren’s stream is one of the most educational streams that you would ever watch and if you want the quick way up the ladder of professional CS then you should start binging Adren right now.

If you have been following the competitive scene and don’t know anything about n0thing then you have probably been following with your eyes closed. Jordan “n0thing” Gilbert has already achieved legendary status in NA and is looked up by thousands of fans. Apart from being a professional player, Jordan has been an avid streamer who gives great insights about playing competitively and key lessons that are beneficial for all. One of the best things about n0thing’s stream is how he explains every move he makes while playing and what reasoning lies behind it.

Joshua “steel” Nissan started his professional career from the days of Counter Strike: Source and ever since then he has been a key value to the NA Counter Strike Scene. The amount of knowledge steel has is just too much for new players to handle; however, this does not stop steel from blessing it onto his viewers every now and then. He has deep sense in almost every aspect of the game and for players who are looking themselves as a professional player in the future; steel is definitely your guy.

Spencer “Hiko” Martin is among the veterans of competitive CS and as a professional player Hiko has insights to almost everything going in the world of Counter Strike: Global Offensive. Hiko’s stream has all the aspects that one would want in his favorite streamer.

If you wanna see what raw aim looks like then Scream is the one. Seriously, this guy is on steroids. There are times when he would just turn on his headshot mode and reign hell over his enemies. Adil “ScreaM” Benrlitom does not talk much and is one of the most serious CS streamers on twitch. But that is also the good thing about stream as players learn a lot about nerve control, quick reflexes and surely a lot about aiming itself. For those of you who are looking up to be the next Get_Right or f0rest of the scene, Scream is definitely the one they should watch. 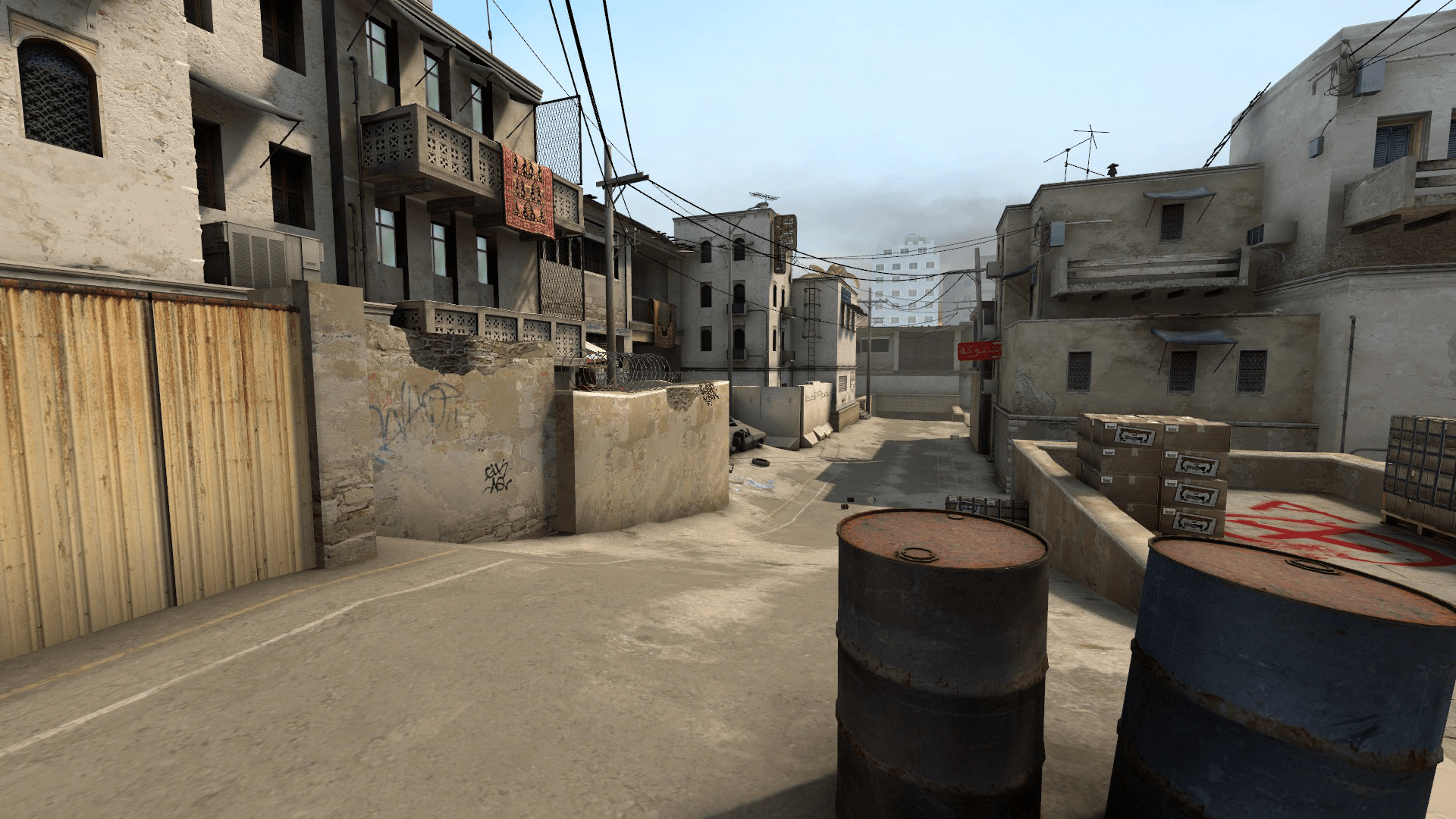 Arseniy “ceh9” Trynozhenko probably has the biggest fan following for Counter Strike: Global Offensive on Twitch. Just by watching him play you can learn a lot, because you won’t understand anything he says, unless you speak Russian. But still, ceh9 will let you understand many things related to peaking, lurking good retake techniques and many things you didn’t imagine existed in counter strike. Ceh9 was one of the key players of Na’Vi’s rise to fame back in the days of CS 1.6. So there is no wonder where his experience and knowledge came from.

The pashabiceps of NA, Mohamad “m0E” Assad has been entertaining the CS:GO industry for quite some time. M0E knows how to balance top notch CS while keeping his viewers stuck to the seats with fun, jokes, humor and what not. The 29 year old has been notorious among viewers for his rage heavy streams but his persona has still managed to earn him a huge fan following. He frequently interacts with his viewers and offers giveaways every now and then.

Jaryd “summit1g” Lazar has been a professional streamer for a very long time. He however, also had the taste of competitive CS playing for teams such as Area 51 and Splyce. Summit1g is like the guy you just cannot stop loving. Though not the sort of educational stream you might be looking for, Summit1g tends to attract his viewers with the amount of fun he has while playing CS:GO. Heck, this guy even has his own subreddit where you can find videos from his plays in the game. He also streams some other games from time to time so if you ever got bored watching CS:GO, you might wanna give Summit1g a look.

Being a player for one of the most successful Counter Strike organizations in the world, it is really surprising to see Jarosław “pasha” Jarząbkowski stream almost regularly. One of the biggest reasons why Pasha has a big following over twitch is how much love he has for the game and more importantly his viewers. Pashabiceps cracks jokes like a comedian and does headshots like no one does it better. Being a top notch professional player you might also see Pasha playing with other big names in competitive CS:GO most notably olofmeister from fnatic.

Total Views: 14,385,487
Followers: 739,115
Pasha’s Stream
Tell us what you think about the Top CS:GO Twitch streamers. We have done deep analysis and based the list over the community’s response/ likings for CS:GO streamers. In case we might have missed someone one think deserves to be on the list, tell us by commenting below.

Get Rid of Lag in CS:GO with Kill Ping

When a streamer gets banned from Twitch, there is usually little information as to why a ban was handed out. The mystery behind Dr Disrespect's ban from Twitch, for example, still hasn't been solved. But former Twitch streamer James 'Phantoml0rd' Vargas, who was banned from the platform in 2016, has won a lawsuit against Twitch after unproven fraud allegations led to a permanent ban.

Vargas made a name for himself streaming Counter-Strike: Global Offensive, and in particular CS:GO gambling, where players can bet in-game skins on professional matches or on games of chance (like using a roulette wheel). Certain skins in CS:GO are limited-time items, and as such have a high value on secondary marketplaces, and diving into the seedy underbelly of CS:GO can lead to dark places. Allegations of match fixing in CS:GO are rampant, and with so much money on the line with folks wagering skins, some are getting very rich off the whole practice.

Vargas was accused in 2016 of running a CS:GO website and actively promoting it despite not clarifying that he was the owner of the site. However, Twitch banned Vargas without proof of these allegations of fraud, and this is what is at the heart of the lawsuit the former streamer won. Seeking to clear his name, and financial compensation for being banned from the platform, Vargas filed the lawsuit against Twitch and was found to be in the right. He was awarded $20,702.34 in damages, a far cry from the $35 million he was seeking.

I WONNNNNNNNNNNNN!!!
I WON MY LAWSUIT VS TWITCH ON ALL COUNTS!!!!!
Twitch LOST EVERYTHING, including the fraud claim against me for the CSGOShuffle allegations!!!
This is a win for ALL streamers! Twitch can’t bully, lie & treat streamers unfairly the way they have for years!!! pic.twitter.com/G0gxqiBkRQ

With millions of viewers and thousands upon thousands of streamers, Twitch's prominent place online makes it a target for lawsuits, with the streaming site facing a lawsuit last summer regarding 'scantily clad' female streamers. For Vargas, it seems the impetus for the lawsuit was in clearing his name, after being forced off the platform unceremoniously and without any actual evidence of wrongdoing.

While Vargas has been cleared, the lawsuit does bring back to the fore some of the shadier practices in the CS:GO scene. The entire gambling economy continues unabated, and while direct links between streamers and gambling websites for the game seem to have dropped off, the practice is ethically questionable. CS:GO also has a history of cheaters in its top ranks, with a number of big names banned over the years.

The lawsuit could potentially open the door to other banned streamers filing against Twitch for wrongful bans. That, or Twitch might start to be more forthcoming with reasons why permanent bans are handed out. Providing exactly where a streamer breached Terms of Service could help to prevent any similar litigation, like Vargas's case here.